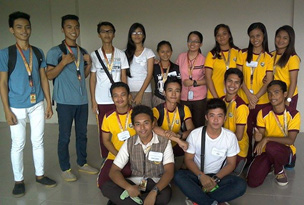 Also, the PHC held its training seminar at St. Anthony College Calapan City, Bayanan Campus on September 8, 2016 with a theme “PEER HELPERS: Responding to the Call of Reaching Out to Others”. As Fr. James Keller states, “A candle loses nothing of its light by lighting another candle”. In the process of helping others improve their self-esteem, Peer Helpers can themselves become effective leaders and role models of the society.

EDUCATION AND LIVELIHOOD PROGRAM FOR MINORITY STUDENTS AT SACCI
November 28, 2017